We all have fond memories of our first time at a parade. For me, it was the Holidazzle Parade in Minneapolis in 2000. I was seven years old, and went with my buddy Jack Mullaney from up the road. His dad worked for a company downtown, so we got to watch the parade from an office building which overlooked a busy street of parade goers on the streets below. I was awestruck. As an attempt to create some more great memories, while also spreading some holiday cheer (in the form of free candy & ice scrapers), this year we signed up to participate in the Downtown Community Partnership’s “Xcel Energy Holiday Lights Parade.” On Tuesday, November 24th, some of our team members at OSC created a float, put on some warm clothes, and hit the crowded roads of downtown Moorhead & Fargo. We had a BLAST.
The parade started at the intersection of 8th St. and Center Ave. in Moorhead, and slowly made its way across the bridge into Fargo, and down Broadway until the finish line (6th Ave N). Our float was inspired by the bison-crazed culture of Fargo: a sled led by bison reindeer! To answer many of the questions we got last night: YES, that was a live Frosty the Snowman in the back of the truck. In addition to the float, we had walkers on either side that were handing out candy canes (equipped with a discount code for holiday gifts) and ice scrapers.
Despite the cold temperature, we had a phenomenal time getting out and interacting with the vibrant downtown Fargo community! Lots of smiles were had, and all of our candy canes and ice scrapers were handed out. Thank you to everyone that we were able to interact with for making this such a fun experience! Until next year, enjoy some of the photos below: 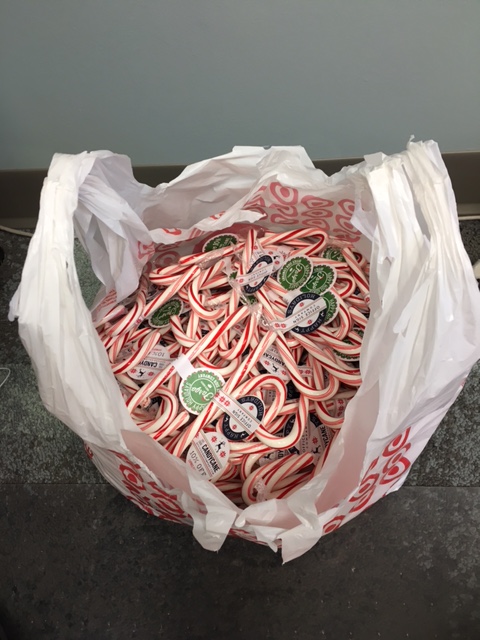 One of two bags of candy canes that were distributed 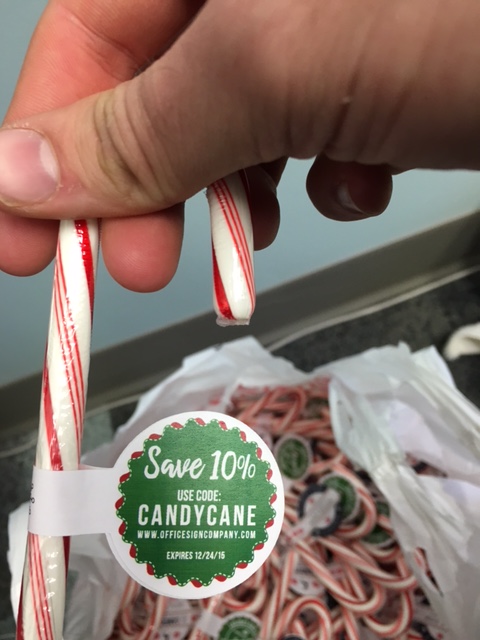 Discount code YOU CAN ALSO USE before Christmas. Enter CANDYCANE at checkout. 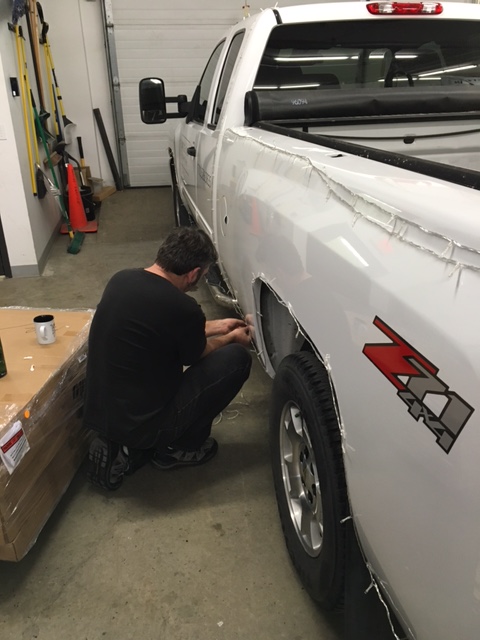 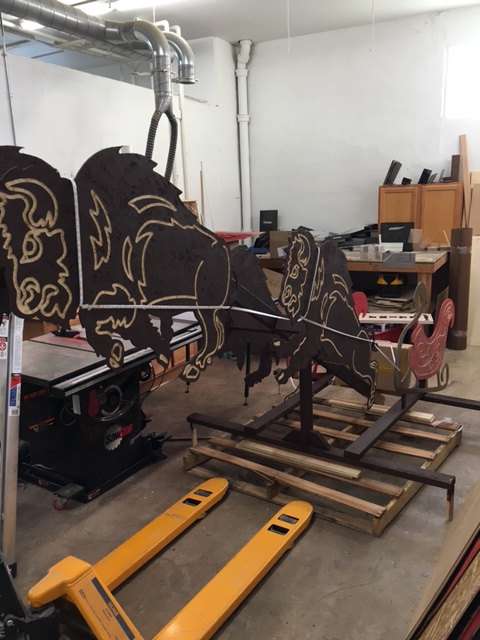 The bison-led sled that went on the back of the truck, routed from plywood. 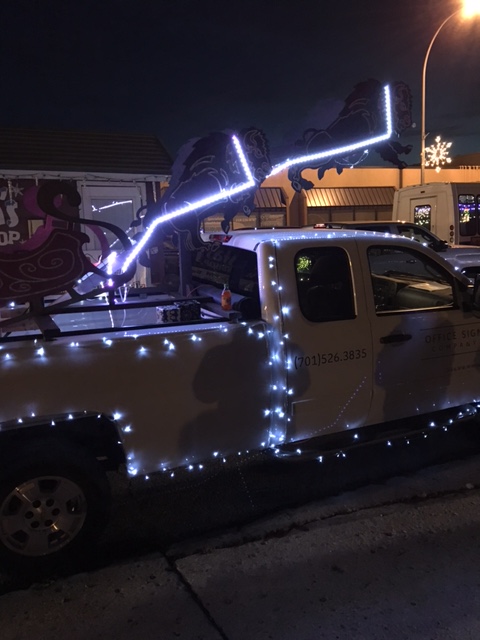 A look at the bison-sled while lit up on the back of the truck. 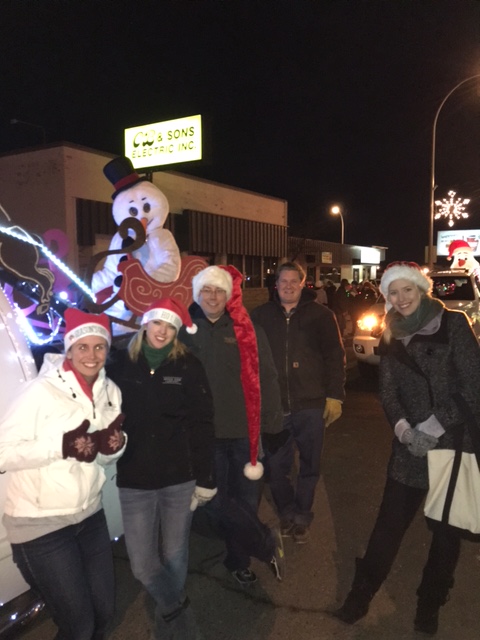 The fearless warriors who took on the cold! Shout out to Frosty the Snowman, too. 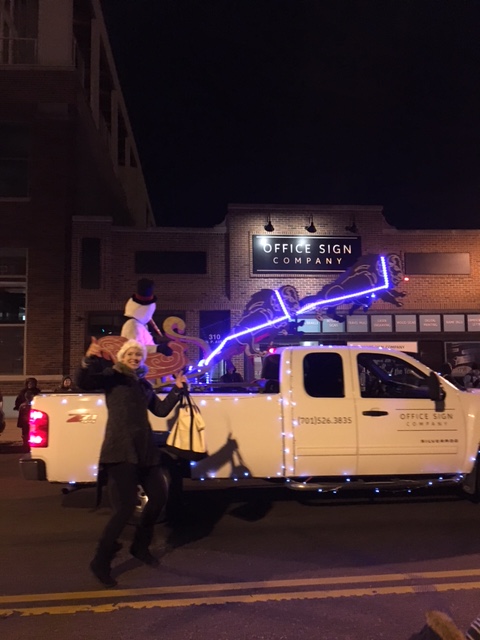 Of course, had to snap a shot of the OSC truck going past the OSC building in DT Fargo. 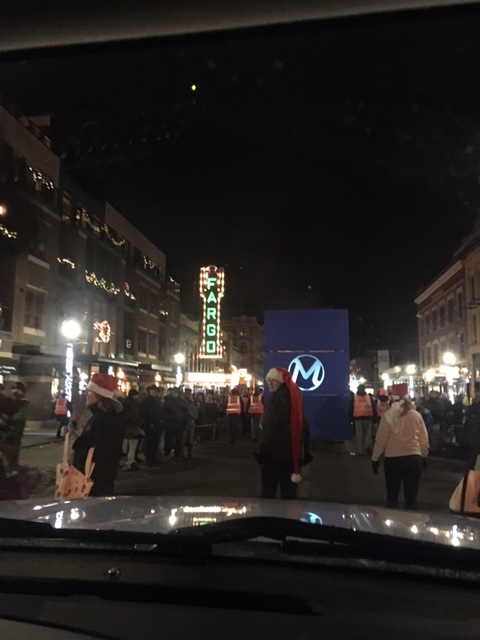