Signs of Fargo’s Past: Josef’s School of Hair Design

What would you do if we told you that a hair school is home to a very artistic ghost and quite a few softball trophies? Not what you are expecting right? Well, neither were we when we stepped into Josef’s School of Hair Design for this week’s edition of Signs of Fargo’s Past. 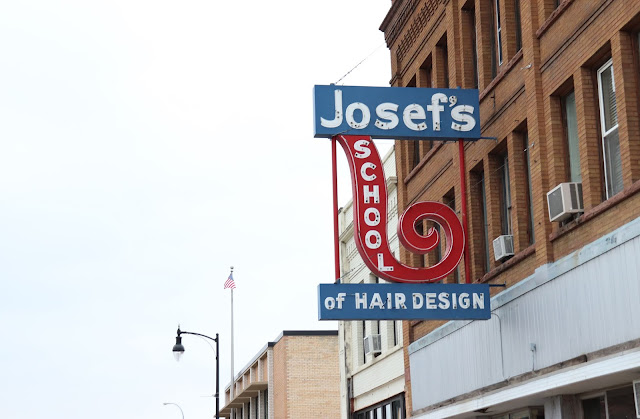 We drove down the street of scenic Downtown Fargo and entered the building that has been home to Josef’s School of Hair Design since 1963. Upon entering, one can’t help but notice the eclectic sign out front. The sign features an iconic loop that we later learned is actually a pin curl, a hair styling technique that is no longer used today! The sign was installed in 1963 and was drawn by Josef himself. Josef bought the sign to accompany the purchase of the building during Fargo’s urban renewal movement. His journey started long before his move into the downtown building, beginning just a few blocks down at what used to be the New York Hair Company. Yes you read that right: New York Hair School in Fargo! Josef began his hair styling career there after being quite a rebel-rouser in his younger years. He went on to travel and compete in hair styling competitions, most of which he won!  Shortly after he purchased New York School of Hair Design. He credits much of his success to the people who saw more talent in him than he saw in himself. He began teaching classes and later opened a school of his own. Oh and that New York Hair School sign is still in his possession today! His son, Mario, also in the hair styling business, stated that they are two men living in a woman’s world of hair! 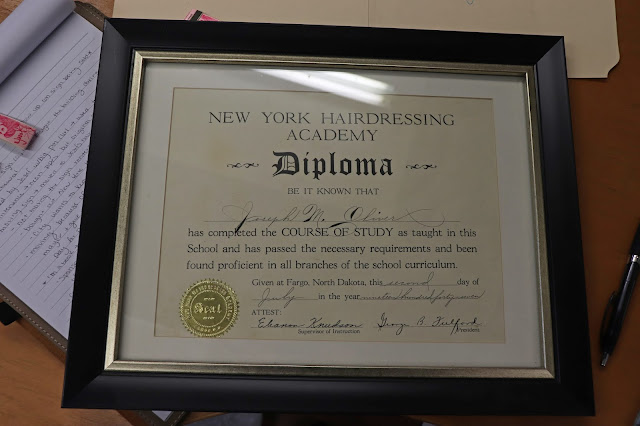 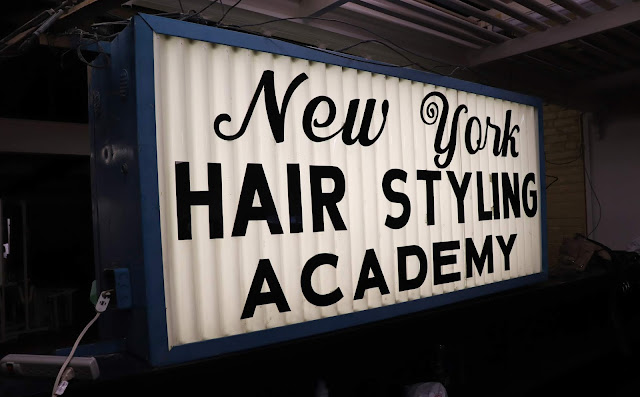 Take me out to the hair salon!

Josef originally moved downtown at the request of the city, despite his many concerns with parking for his students. His downtown building was previously home to Dakota Horse & Tack, complete with an alleyway chute for tack deliveries.  As Downtown Fargo continued to grow parking became more and more expensive for his students which has prompted his recent departure from downtown. Unfortunately, the move comes at a loss of his sign. Josef’s new location is rented which means that his historic sign cannot make the journey across town with the salon. Don’t worry too much though, he is in talks with the city on how to keep the sign on his original building! Speaking of his original building, Josef’s was established back in 1960 on Main in what used to be Moody’s department and in the Fort Hotel. He owned a variety of salons in Bismarck, Minot, Detroit Lakes, Grand Forks and Crookston coming to a grand total of 12 locations. Being a true business man, he simply sold the locations to his students when they wanted to start a salon of their own! Josef saw magnitudes of success and got to a point where he had achieved his hair styling goals. This led him to a new passion of playing softball. Now he didn’t just play softball, but he won…a lot. His collection of trophies still remains in his old location as he sorts out his favorites. Talk about your grand slam of a hair stylist! 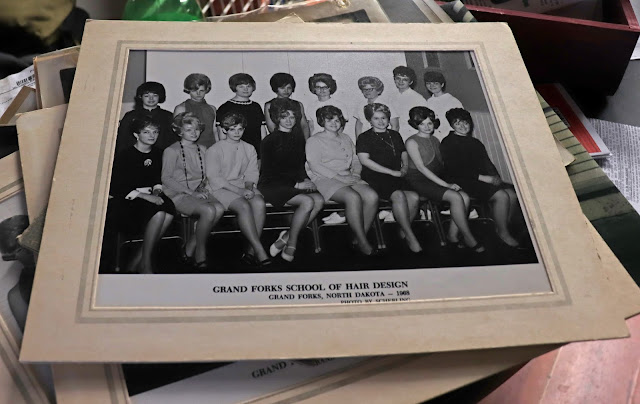 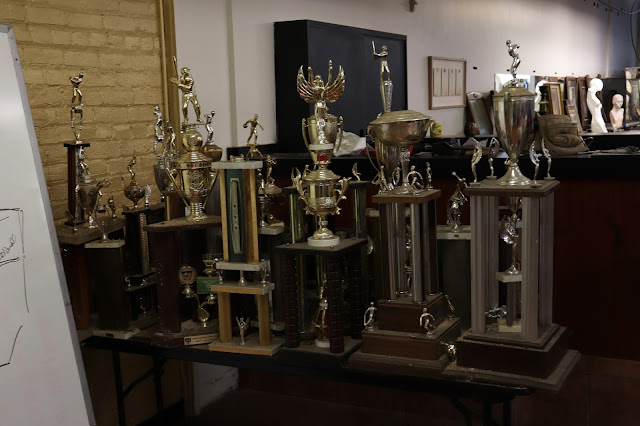 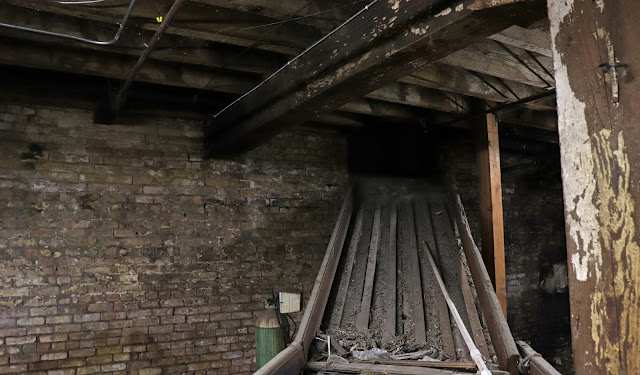 Okay, so there is a ghost and sorry his name isn’t Casper. Her name is Sofia or Sophie, not to offend the spirits, and she is quite the artist. Upon touring the building we learned of a certain spirit that would only come about when the old boiler would make noises. These noises range from a loud clanging to footsteps heard on multiple floors of the old building. After the noise, the only sign of Sophie would be drawings of women. We have been fooled once or twice but upon further inspection we saw for ourselves just how artistic Sophie was! Josef denies that there is a spirit but each salon manager has a unique story of the ghost being with them! There are quite a few spooky stories accompanying art at Josef’s including a North Dakota ghost sign that can be seen from the street level. This mural was repainted by a stranger who climbed on Josef’s roof late one night! The city had quite a conundrum with the mural returning and searched for the painter. Too bad he wasn’t next door to Josef’s in what used to be the old FBI building complete with a secret hatch to escape swiftly to the alley! 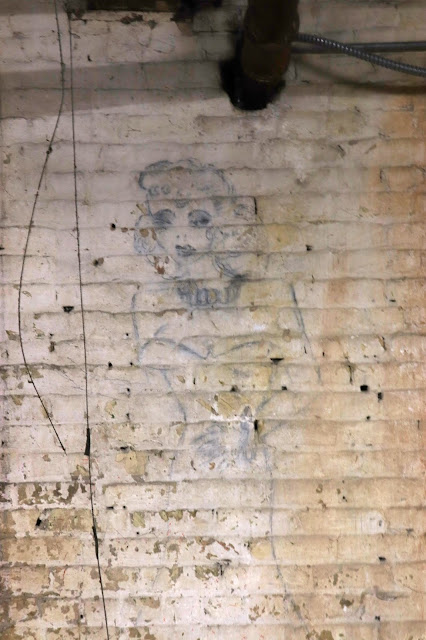 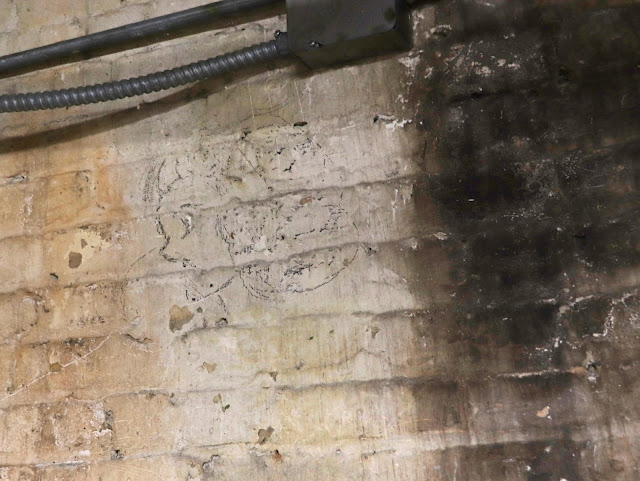 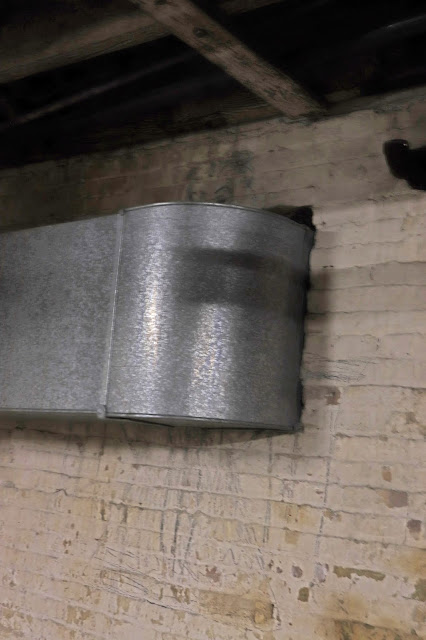 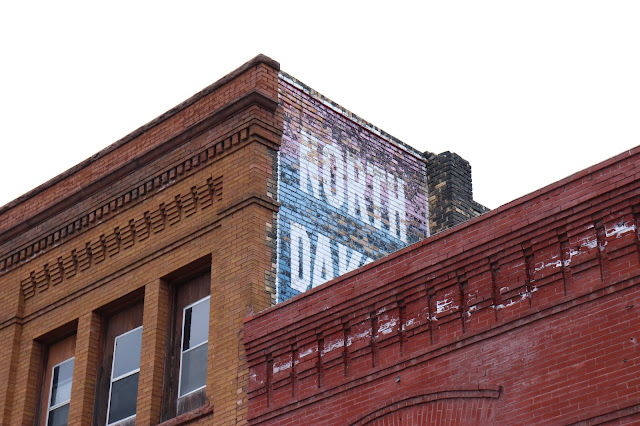 Who would’ve ever thought that an artistic ghost would find a home with a softball playing hair stylist?! Only in Downtown Fargo can you find such interesting stories behind a stylish sign. We had quite the adventure going back in time with Josef as we learned more about his sign, hair styling and more than a few shenanigans from back in the day (we can’t reveal all our secrets). A special thanks goes out to Mario and Josef for giving us an inside look into their lives and all the hard work that has gone into making Josef’s School of Hair Design so successful.