Signs of Fargo’s Past: Hotel Fargoan 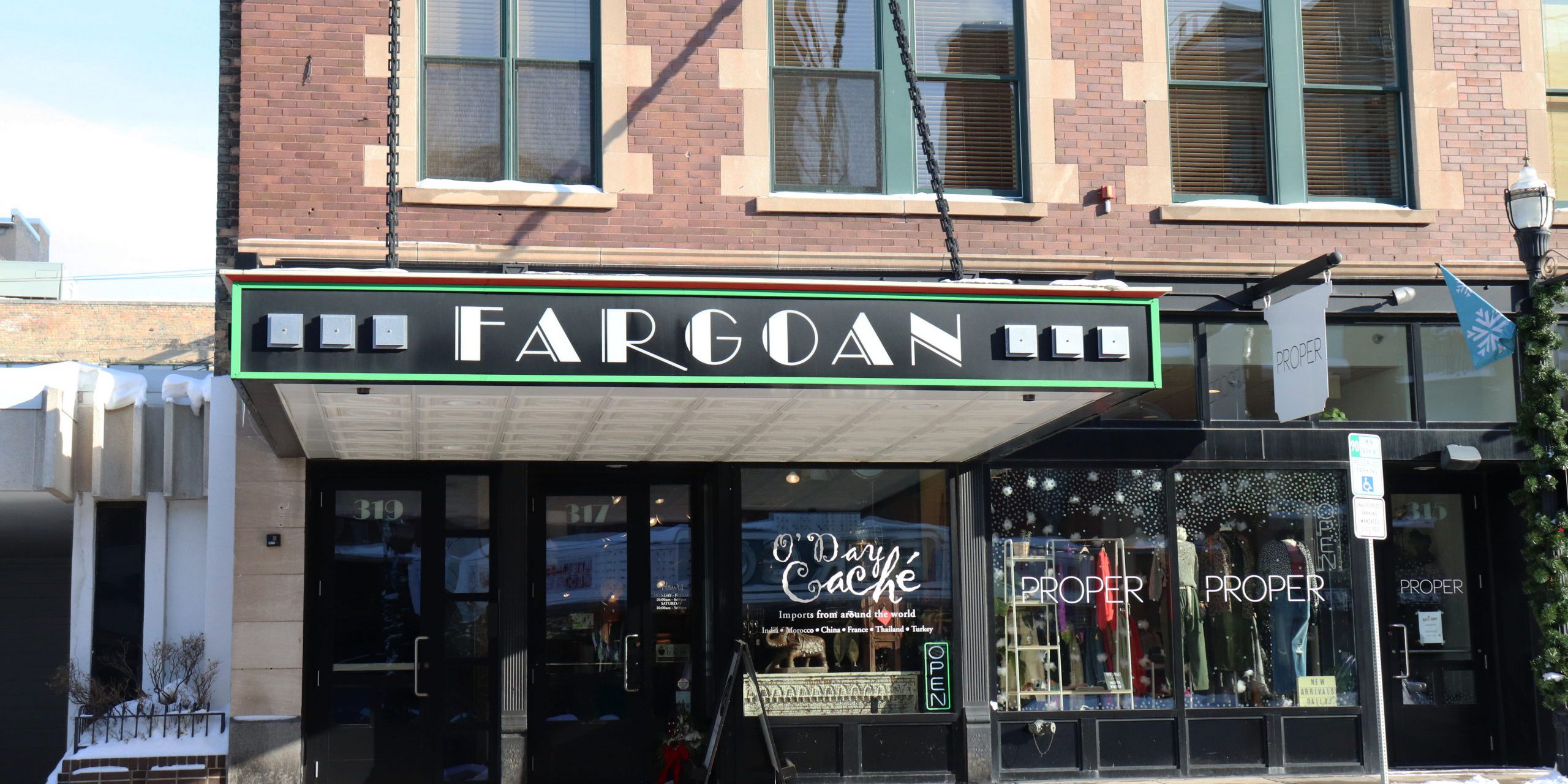 What do a sign, Buddy Holly and a romance novel have in common? We found out all this and more as we followed the story of a cool sign located in the heart of Downtown Fargo. The Hotel Fargoan sign has seen many renditions and few updates to reflect its current residents. While the sign has changed, its notoriety has not. Whether you were a bell hop, a dishwasher or a novelist – you won’t want to miss this week’s edition of Signs of Fargo’s Past featuring the historic Hotel Fargoan. The building for Hotel Fargoan was first established in 1913 by the Powers Brothers and began as the YWCA who used the space as a rooming house. In 1927 records show the hotel listed as the Powers Annex Hotel – officially becoming Hotel Fargoan in November 1930. The hotel featured many unique aspects including art deco murals by Carl Olson of Minneapolis. It was renovated in 1972 after being sold to Orlando Sherling and Erwin Beilke. In 2006 the space was renovated by T.L. Stroh Architects into condominiums and local small shops. Prior to the final renovation as we know it today, many unique ads ran for the hotel with verbiage such as “every room has access to a tub or shower” with rates starting at $2.00/night. Another fun fact is regarding the name on the building, Derecci, in honor of Power’s daughter. Photo Courtesy of the NDSU Archives We found a rather unique connection between the Hotel Fargoan and a local music venue, the Moorhead Armory. Our story begins back in February 1959 at the Moorhead Armory located in the 200 block of 5th avenue south. The Winter Dance Party was set to take place with stars such as the Big Bopper, Ritchie Valents and Buddy Holly. This fun event came to be known as “the night the music died,” as the pop stars’ plane crashed in Iowa. The venue then became known as the location for the gig that brought the final curtain down for the trio of American pop stars. Despite the tragedy, the show must go on with backup performer Bobby Vee. Bobby played that night in a bit of a rush and they were searching for a sign of someone who could play the piano/organ. They found a willing candidate in Hotel Fargoan working as the dishwasher. He played for one night and was never used again. The show went on thanks to Bobby Vee and his dishwasher turned pianist. This show went on to launch Bobby Vee’s long career after he took the stage at the Moorhead Armory. A Tale of Two Lovers

Every good investigation begins with a good Google search and ours brought up something we never anticipated could be related to this sign. There is a book series titled Hotel Fargoan with an image of the Fargo sign on the cover. The books tell the story of two lovers Art, a traveling salesman in North Dakota, and Sally, an elementary school teacher in Fargo. Sally lives in an apartment in the Fargoan hotel during the 1940s. This time was filled with great change in America with WWII looming, President Franklin Roosevelt was elected to a historic third term and a stage was being set for large scale military supply production. Sally and Art’s story is told entirely through courtship letters. The story behind this cool sign took a romantic turn that might have us starting a book club – stay tuned! It never ceases to amaze us how many memories, concerts, stories and now books can all come from a simple sign. While the hotel Fargoan may have been re-purposed into condos and local shops – the memories of the sign will live on for years to come.