Signs of Fargo’s Past: Royal Jewelers

When you walk into Royal Jewelers you’ll see the usual cases full of beautiful engagement rings, wedding bands, watches and more; however, stay a little while and a true hidden gem will emerge. No we aren’t talking about some hidden treasure here in Fargo (although there might be; one who knows). We are talking about a man named Greg Hahn who’s worked at Royal Jewelers since 1970. Royal Jewelers opened in 1927 and is still a landmark for the Downtown Fargo scene largely due to the sign that has stood on the corner since it opened. The sign was originally produced by Kegels Sign Company and has been maintained to look as it does today. There are talks of moving the sign to be powered with LEDs to save costs moving forward. However, a few different signs have accompanied the store prior. Most notably a large white wraparound sign that was replaced to renovate the store with a more modern look. While we were visiting Greg also showed us the first storefront sign for “Royal Jewelers: Registered Diamonds.” Since then the store has also shifted slightly, geographically, that is. In the 1950s the store shifted right next door into what was formerly Gate City Bank. Many pieces of the bank are still found within the store including a vault that is still in the basement. In 1978 Royal Jewelers purchased the Hallmark shop that was next door and combined the two stores into the space they have today. The building is also one of only a few to survive the Fargo fire of 1893 and if you can ever get access to the attic you will see the rafters are still black from the smoke of the fire that changed the landscape of Downtown Fargo as we know it! 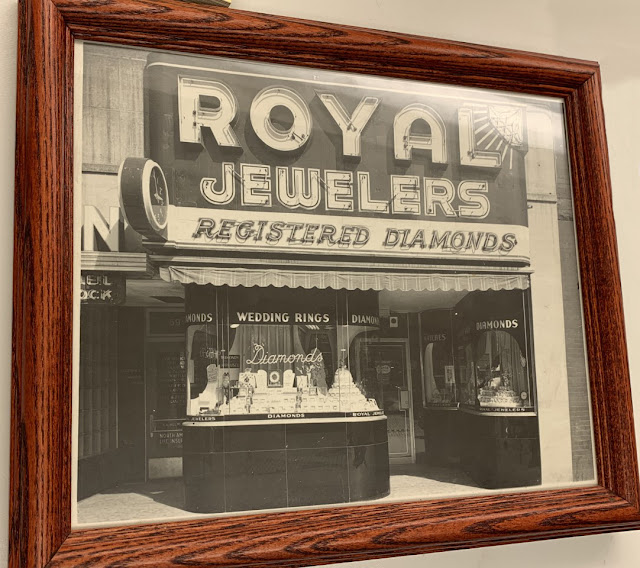 If you talk to Greg not only will he show you the basement of Royal Jewelers that used to serve as the store’s China shop, complete with the same floor, lighting and cabinets from the 1950s, he might also tell you a tale of the Royal Jewelry Robbery from 1972. Greg’s shop used to be in the basement hidden away from the public eye, the very location that kept him safe during the robbery. Now imagine you are back in 1972 Diana Ross has just gone solo, The Beatles announced their breakup, Walt Disney World has officially opened and you are in downtown Fargo shopping at Royal Jewelers. Then out of the blue a robbery commences with you and the 12 other guests shopping in the store. You are all tied up with tape as the robber pulls a 32 caliber revolver out while stealing a case of diamonds and cash. Well this is precisely what happened when Greg was downstairs in his shop. He stated the robbers came downstairs but never opened the door to his shop. The robbers were caught in Minneapolis by an attorney and all stolen goods were recovered. Something else was recovered and still sits in the Royal Jewelers safe to this day, the revolver used in the robbery. The revolver is now engraved and serves as a reminder of the crime that took place so many years ago. Oh by the way, that safe, it’s also the same one that is original to the store. 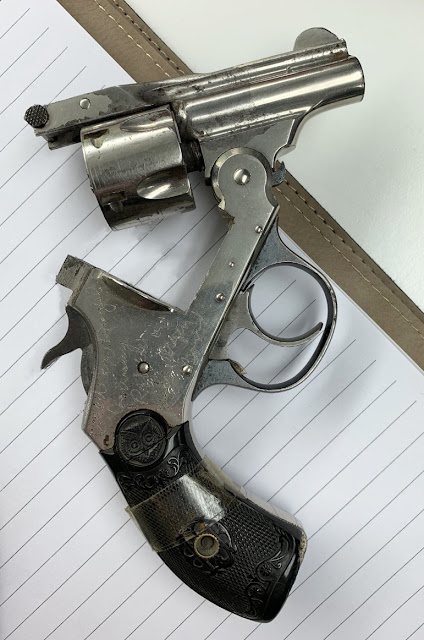 Around seemingly every corner Greg seemed to pull out more and more pieces of history. In the back of the store you may notice a picture of the owner, Papa. This hangs to honor the man who opened the store and his family. One interesting note is that his second wife was a Wimmer, of Wimmer’s Jewelry, so there might have been some trade secrets exchanged between those two. Now behind Papa’s picture there is a small staircase with green carpet leading to a balcony that only few would stop to notice. This balcony used to be the office for the employees that accepted payment for the jewelry. Change was distributed via a vacuum tube. While we were there Greg also showed us a stunning sterling silver purse that was hand crafted with each individual loop individually welded. The safe also holds a selection of watches from the 1970s that were never purchased, still available for sale today! 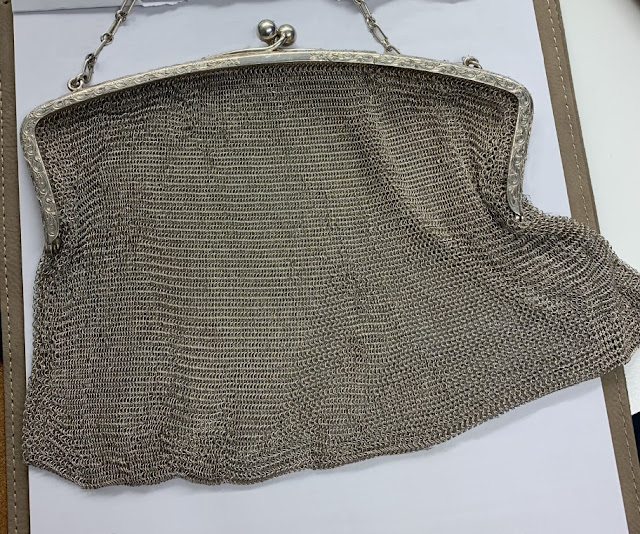 Whether you are in Downtown Fargo to admire the Vegas-style signs, visit a few local restaurants or are on the morning office commute be sure to make time to stop by Royal Jewelers. Not only is their sign an icon to those who visit, but Greg Hahn is a wealth of knowledge (and let’s talk about a dedicated employee going on almost 50 years of employment). Heck they can offer you everything from engagement rings to a vintage china shop to robbery revolvers, truly a full service establishment! Stay tuned as we continue to discover the history behind the Signs of Fargo’s Past!