Signs of Fargo’s Past: The Fargo Theatre – Part One

This week we tracked down Fargo’s most infamous landmark (& no we aren’t talking about the woodchipper) – we met with the former Executive Director of the Fargo Theatre, Margie Bailly, to learn a little bit more about the Fargo Theatre sign, it’s history and a few unexpected guests! Now showing: Signs of Fargo’s Past – Fargo Theatre 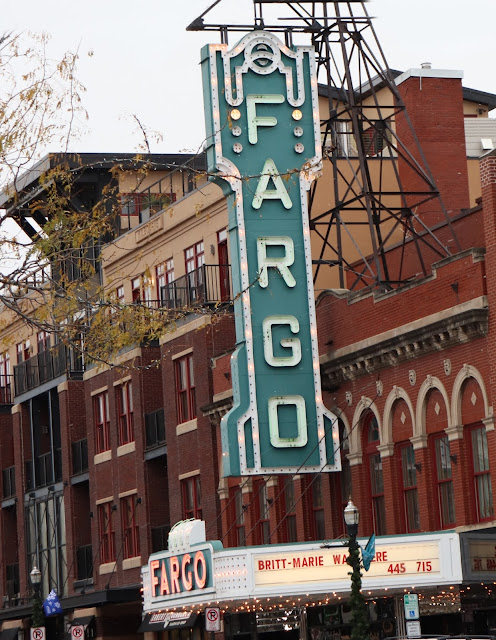 The Historic Fargo Theatre opened on March 15, 1926 as a vaudeville and silent film house. In 1937 the theatre was closed to be renovated into an art deco (modern) movie palace designed by the Minneapolis based architect, Jack Liebenberg. During the art deco renovation, the 1937 marquee was updated to include a foot. The foot was not original to the 1926 marquee. Flash forward to May of 1998, the Fargo Theatre closed its doors for $2.6 million in renovations. When the Theatre reopened in 1999, a mere ten months later, the marquee donned its original hardware and lost a foot. When talking to Margie she mentioned quite a few heated discussions surrounding the foot of the marquee. However, to restore the foot it would’ve cost the theatre thousands of dollars more and did not align with the historical perspective of the 1926 marquee. Another talking point was surrounding the black infrastructure that holds up the sign itself. Again, the Fargo Theatre opted to add the infrastructure to bring the sign back to authenticity as well as making the marquee more stable with the North Dakota wind. Wondering why the sign was replicated instead of repaired? Well, the original marquee was “too far gone” with missing lights and chipped paint. This all took away some of the sign’s shine. The restoration’s budget opted for a new, replicated “Fargo” marquee to restore all of its original luster. 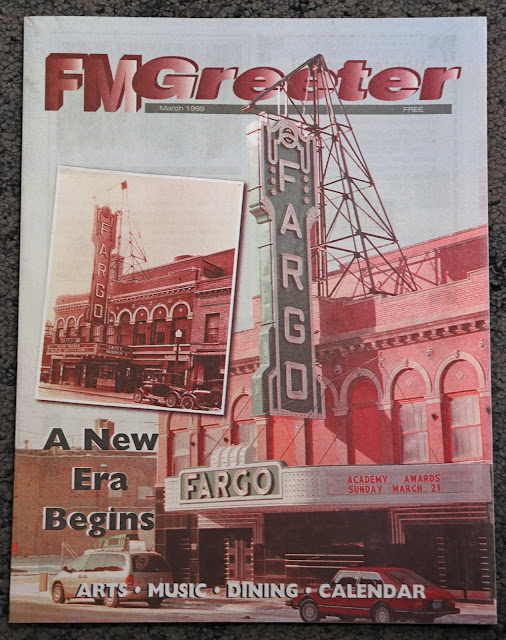 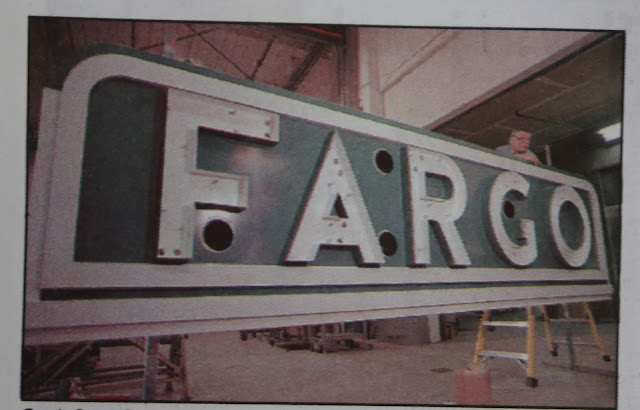 Beyond the art that takes place on the stage, another interesting feature of the Fargo Theatre is found within the building. On either side of the interior stage you will note a series of neon fountains. The 1937 theatre art deco renovations included neon fountains that actually covered the many sets of pipes used for the organ. The vibrations had since destroyed the neon fountains that worked for about 20 years.  The fountains had been torn down in the 1950s due to deterioration from the organ pipes’ vibrations. In the 1999 renovations, the Fargo Theatre was fortunate enough to have the architects find the original plans for the fountains dating back to 1937. They had a neon artisan who came in and a plumber who insisted in following a plan that they found to reconstruct the neon fountains. Who would’ve thought there were so many similarities between neon, theatres, organ pipes and plumbers? 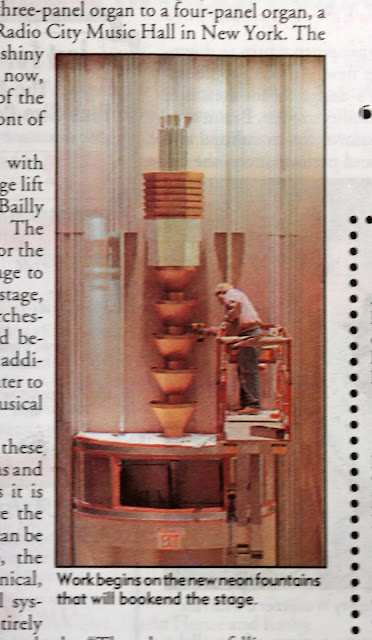 The marquee can be seen all over Fargo with many different artists renditions, pictures and figures posing in front of the sign itself – a few of which are pictured below. The replicated marquee was re-lit on New Years Eve of 1998 after being taken off the face of the building in May of 1998. The theatre had planned a large celebration of lighting the marquee with tons of people invited and of course, in true Fargo fashion, there was a major snowstorm. The guests were so cold that they stormed the theatre which was unexpected and unplanned. The seats hadn’t been reinstalled after being refurbished and the lobby wasn’t quite ready yet. Now this wasn’t the theatre’s only party crashers – many will tell you of the phantom of the Fargo. Margie talked of the phantom as a spiritual feeling found within the theatre. The phantom seems to be rather harmless only setting off the theatre’s alarm in the early hours of the morning walking up Margie and her husband – a seemingly innocuous prank! 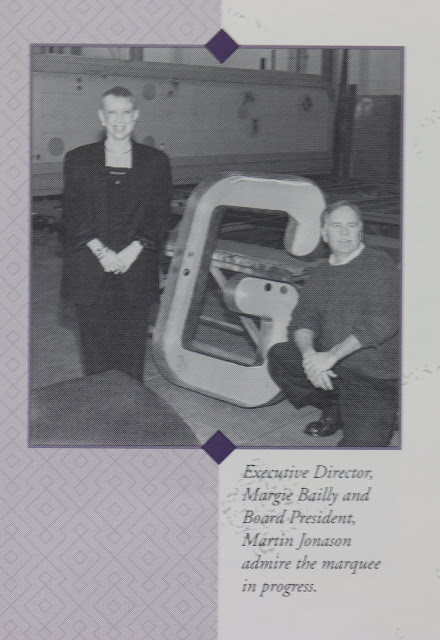 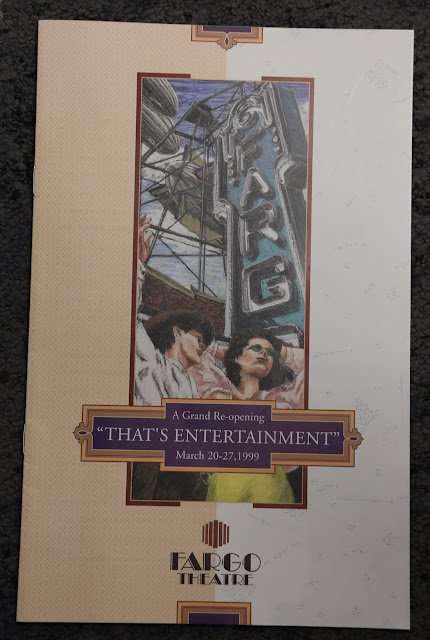 We were truly honored to sit down with Margie to learn a bit more about the Fargo Theatre sign’s history and the memories that accompany it. It seems that the power of this particular sign, or even more its light, has touched so many people. It has given the people of Fargo a touchpoint that has lasted generations. Proving that not all old dogs need to learn new tricks, some just need a renovation and a few new lights. Restoring a sign that has been a part of generations of Fargonians and theatre goers has, and will continue, to make a positive impact on our community. We still have many unanswered questions surrounding the marquee’s history and the community has many stories that align with this sign. Be sure to watch for part two coming soon!